A teacher friend, Matt Drown, was up from North Carolina for his spring break.  We decided to get our nerdy science side on and drive down to Boston for a day of learning!

It took 2.5 hours to drive from Southern Maine to the New England Aquarium.  I had suggested taking the C and J bus or the Amtrack, but Matt was familiar with Boston driving due to his time volunteering at the aquarium, so we drove instead.  For those of you not familiar with Boston traffic - it is an adventure in itself.  Bring a trustworthy co-pilot, or better yet, use public transportation.

I had been the aquarium before and loved a chance to re-visit.  They are currently doing some renovations, but it was still awesome.  For those with families, they have an AMAZING touch tank with rays and sharks!  The excitement wasn't even lost on me - a former marine biologist.

There are many wonderful displays and a knowledgeable staff and volunteer educators.  It is definitely a worth-while stop in Boston!

The aquarium is near Faneuil Hall, a Boston landmark for shopping and sightseeing.  Matt and I walked around a bit, but on this cold day, we decided to move on after a few minutes.

From the New England Aquarium, we took "the T" to the Science Museum...I had never been here before and I cannot wait to go back!  We discovered after arriving that we could register for a teacher membership and get in for free!

*If you are a teacher, try to do this before hand because we had to register on our smart phones.


The Museum of Science, Boston is truly impressive and has a great selection of exhibits.  We spent a few hours there and just touched on the opportunities.  I loved the bottom floors "Energy" display of green technologies.

Matt and I paid extra to tour the butterfly garden.  It was small but a great opportunity for photographers to get up close with some specimens.

I 100% recommend you see the "Lightning Show" when you are at the Museum of Science.  It was fascinating and a wonderful spectacle.  Later, when discussing my trip with my 7th grade students, they all said the same thing: "Did you see the lightning show?"  Make sure you see one of these....and that's all I'll say about it.

We left the museum and took the T back to our car near the aquarium.  It was a wonderful day and a great way to experience some of Boston.
Posted by Lindsey Lapointe at 4:29 PM

Matt and I decided to play the role of wealthy boat buyers for the day and attended the Maine Boatbuilders Show in Portland, Maine on Saturday, March 16.  The show cost $15 for admission and displayed endless rooms of vendors and boats from local craftsmen.

I really enjoyed the chance to walk on the giant yachts and luxury boats.  I figure it's probably one of the only times I'll have that opportunity.

I was disappointed not to see handcrafted kayaks in the mix.  As an avid flat water paddler, I'd love a chance to talk to local kayak and canoe makers.  Still, it was great experience and I enjoyed learning about the local talent in boatbuilding.


After our sail aboard the boatbuilders show, Matt and I headed over to Duckfat Restaurant for lunch.  This is the third time we visited this popular local eatery.  Duckfat has a menu of panini, fries, and salads - most featuring gourmet ingredients.  Their belgium style frites are fried in duck fat and served in the traditional paper cone.


Matt and I especially love their poutine - a French Canadian dish of fries, gravy, cheese curds - and at Duckfat, toped with a fried duck egg.  We also enjoyed a panini of pork belly and slaw.  It was all delicious.

Aword of warning...Duckfat is a popular eatery and even groups of two should plan a 15-45 min wait on a weekend.

The boat show and Duckfat lunch was a great way to spend a cold day in Maine.  Perhaps we will make it a yearly date!

Southern Coast on Dwellable
Posted by Lindsey Lapointe at 10:20 AM

Before you ask ... No.  I do not fly fish.  In fact, I have very little interest in it.  However.... I love nature, I am passionate about conservation, and I have a great appreciation for the sport.  I have read enough books like "The River Why" and seen enough movies like "A River Runs Through It" to know that the sport, nay, the ART of fly fishing is a sacred and beautiful thing.  So, this weekend, I tagged along with Matt (and his friend Chris) to the Fly Fishing Film Tour, and knew, without a doubt, that I would enjoy it.

The film tour was being shown in many spots in the United States.  We went to a viewing in Brunswick, Maine at the Frontier Cafe, Cinema & Gallery .  The cinema included rows of tables where you could order food and drinks from the attached cafe and enjoy them during the show. It was a great experience.

Even though I do not fly fish, I really enjoyed all the films shown at the festival.  Movies ranged from a tale of three brothers bonding over a lifetime of Michigan fishing, to the story of D.C. city folk discovering the abundance of fishing opportunities in their backyard, to an adventure of exploring Thailand's hidden rivers on the back of an elephant.  My favorite was the film "Turning Tail", which chronicles the decline and conservation the Atlantic salmon.  The film, by Gray Ghost Productions, takes place mainly in Maine, which is why I was particularly drawn to it.

Prior to our film-tour-adventure, we went to a hidden gem of a pub called "The Lion's Pride Pub and Restaurant".  It is located on Rt. 1 in Brunswick, Maine.  The Lion's Pride is the sister pub to "Ebenezer's", in Lovell, Maine, which has been awarded "Best Beer Bar in the World" for 5 years in a row by Beer Advocate.

The Lion's Pride specializes in Belgium style beers (although it carries others as well).  Don't expect to see Budweiser, or even Sam Adams on the menu.  In fact, if you are an average Joe like me, don't expect to recognize ANY of the beers on the menu.  That said, their beer menu comes with descriptions, and it's an adventure in itself to sample unique and rare brew from around the globe.  It should be noted that beers are pricier then your average bar - with one drink averaging around $7-$10.  Even if you are not knowledgeable about beer, you'll still enjoy this unique experience.

Matt and I had a great day in Brunswick, Maine.  Although we weren't on our typical outdoor adventure, we still got to celebrate the outdoors through the Fly Fishing Tour and a good drink at the Lion's Pride.
Posted by Lindsey Lapointe at 3:36 PM 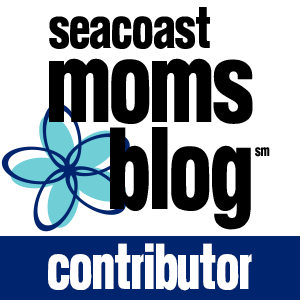